A BABY CHANGES EVERYTHING

But the angel said to them, “Do not be afraid. I bring you good news of great joy that will be for all the people. Today in the town of David a Savior has been born to you; he is Christ the Lord. This will be a sign to you: You will find a baby wrapped in cloths and lying in a manger. 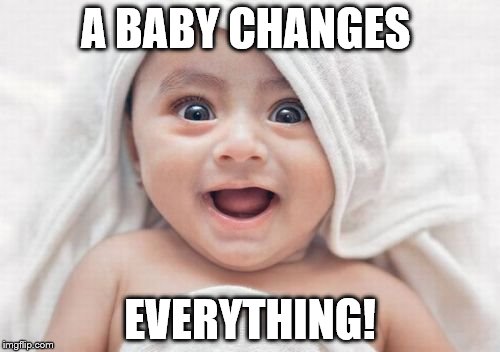 Atheists–agnostics–and some who just aren’t sure often give Jesus his “due.”  Oh, he was a great teacher, they say, but He wasn’t GOD.

Let’s take a practical look at that for a moment, shall we?

What’s the year? Oh–it’s 2019 A.D   A.D. does not mean “after death,” as a lot of people believe, but it stands  for a Latin phrase: anno domini, meaning “in the year of the Lord”—the year Jesus was born.  B.C stands for Before Christ, though now people have changed it in an attempt to downplay the religious aspect.

Let’s take a look at Jesus’s life for a moment and those who knew him best–his disciples.

Without going into the gory details, ten of the original twelve apostles chose death rather than renounce Jesus’s divinity. Why? Because they experienced life with the Messiah. Some were with him the day he was baptized and they heard God’s voice come down from the heavens saying,  “this is my beloved son with whom I am well pleased.”  They experienced the darkness the day he died. They saw, talked with, and ate with the resurrected Jesus.

They knew beyond a shadow of doubt that he was the Son of God and they were willing to die rather than renounce His divinity.  Because of that certainty, they spread the good news of the gospel throughout the world.

But even better, Jesus changed my world. Christianity isn’t about rules and religion. It’s about a relationship with God through His only begotten son, Jesus. And that has made all the difference in my world!

Indeed, a  baby changes everything!