THE MESSAGE OF MARY AND JOSEPH

Mary was greatly troubled at his words and wondered what kind of greeting this might be. But the angel said to her, “Do not be afraid, Mary; you have found favor with God. You will conceive and give birth to a son, and you are to call him Jesus. He will be great and will be called the Son of the Most High. The Lord God will give him the throne of his father David, and he will reign over Jacob’s descendants forever; his kingdom will never end.” 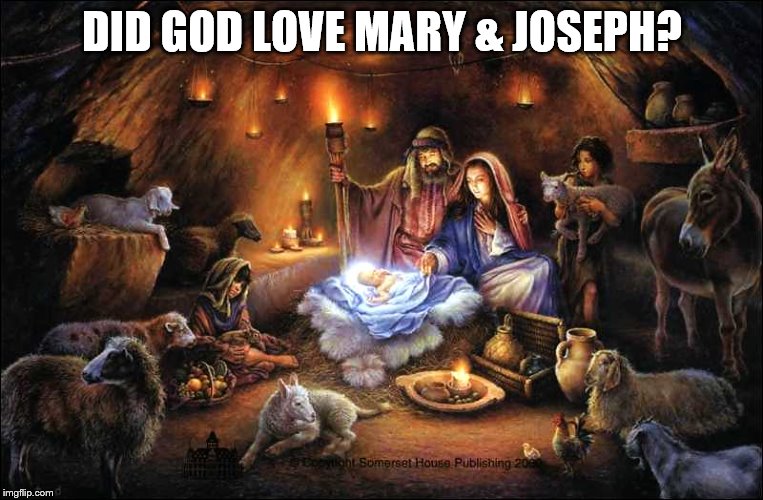 With Christmas just around the corner, Mary and Joseph have been on my mind. I think there are some valuable lessons to be learned from them.

The first two that come to mind are faith and obedience. Both Mary and Joseph proved their faith in God when they were obedient to his plans.  They chose to follow God’s will for them in spite of the difficult circumstances it would put them in. Being pregnant before marriage was not just frowned upon then, it was a sin punishable by death.

That’s a lot faith and obedience.

But the real lesson I want to focus on is that in spite of their faith and obedience, God did not make their chosen path easy for them. As so many of us face adversity, whether physical, emotional, or our circumstances, we may question whether God is punishing us. Whether we are doing what God wants us to do. Whether we are living a life of obedience and faith. Whether God still loves us.

The message of Mary and Joseph clearly shows that we can be obedient to God and doing exactly what he wants us to do, but life can still be difficult. Surely, if anyone had a right to believe God would make their path easier it would be Mary and Joseph, but clearly the circumstances Jesus was born under show that didn’t happen.

They had to face all sorts of trials and tribulations even as they brought God’s son into this world. They had to face the shame and humiliation of Mary’s pregnancy with their family and friends. They had to make a journey that was difficult under normal circumstance, but it was made even more difficult by Mary’s pregnancy. Then they had no place to stay, Jesus was born in a structure of some sort with the animals.  Talk about a tough situation. Then as they were getting settled in a new life, they had to flee for their lives.

Most of us will face adversity in one form or another in the coming year, remember the message of Mary and Joseph and know that you are still loved by your heavenly father.